Escape to the sun and sample the best of Emirati food and drink – here are our travel tips and top picks for Dubai, from sweet pastries to aromatic stews.

For many years, local Emirati cuisine has been underrepresented on Dubai’s food map. However, this has recently started to shift, with an increasing number of exciting new Emirati restaurants opening across the city. From delicious breads and pastries to Arabic coffee and camel burgers, we’ve uncovered some of the best local dishes and drinks to try during your visit to this Middle Eastern foodie oasis.

These hot dumplings have a similar taste and texture to doughnuts. Cafés make fresh batches daily, served with a sticky date sauce and topped with sesame seeds. Local Bites Café in Jumeirah is a good place to try them, mid-morning with some hot coffee.

Originally from Palestine, this pastry dish has become a firm favourite with locals in the UAE. Made of sour cheese, crisp sugar syrup and dough, it’s best served immediately after being made. One of the most popular places to try it is Qwaider Al Nabulsi in Deira. During Ramadan, orders for this dessert can reach in to the thousands per day, as people request it for iftar – the meal eaten by Muslims at sundown to break their fast.

Traditionally, camel meat was not eaten by Emiratis, but modern chefs in the city are increasingly trying their hand at cooking everything from camel sliders to camel biryani, burgers and stews. Camel milk – slightly saltier than cow’s milk – has more protein, is lower in cholesterol, and higher in vitamin C and iron. Don’t fancy a whole glass? Try camel milk ice cream instead. Arab cafés across the city have a range of different flavours, including pistachio, chocolate and date.

Dubai isn’t teetotal, and its cocktail scene is increasingly lively. Try the Anatolian Fizz at Ruya, made with sparkling wine, pomegranate molasses, citrus, rose and raspberry. Ruya’s cocktails are based on classic Turkish flavours, with ingredients such as hibiscus, rose, pomegranate, honey, spices, citrus and mint.

Like many dishes in the Emirates, these hot pastry appetisers were influenced by flavours and techniques that hail from across the Arabian Sea, in India. Some are filled with meat, vegetables and spices, but the most popular local version is stuffed with three types of cheese.

Complimentary Arabic coffee is offered everywhere in the UAE from government buildings to hotel foyers. For the good stuff, head over to Café Bateel and try the Bateel signature qahwa, a traditional Arabic coffee made with lightly roasted beans and cardamom, served with organic local dates.

This meaty, tomato-based stew is full of heat, cooked with turmeric, cumin and bezar (a local garam masala-like spice mixture). Different variations can be found across the city, made with chicken or lamb, and some simply made with baby marrow and potato. The chicken margoogat dish at Aseelah in the Radisson Blu Hotel is a must-try, along with the restaurant’s exciting menu of other traditional and experimental dishes.

These delicious Emirati-style pancakes are normally served at breakfast time. They’re crammed full of sour cheese and sweet date syrup, then heated. The cooking process causes the sweet and sour elements to combine, with a flavour that’s a little like a rich, boozy Swiss fondue. Tasty ones are served at Logma.

This traditional rice dish is made with whole local spices including cardamom and cinnamon, then mixed with dried lemon. It’s usually made with locally caught shrimp, lamb or chicken.

Avoid shop-bought versions of this classic Arabic bread, and instead try it at a bakery or restaurant where they’re making it fresh. It’s perfect with fresh hummus and mutabal (aubergine dip). For a theatrical display, see the Arabian Tea House, which has a glass window to their bread kitchen.

Emiratis are famously private people, but as part of an initiative for outsiders to understand more about the local way of life, Sheikh Mohammed, the ruler of Dubai, set up a cultural understanding programmewhich offers travellers the opportunity to dine with an Emirati family.

As a general rule, only restaurants inside hotels can legally serve alcohol in Dubai. Alcohol is on sale at the city’s hidden-away liquor stores, but only expat residents with a liquor license (stating that they are not Muslim) can shop there. Up to four litres of beer, wine or spirits can be bought by tourists landing at Dubai International Airport, at the duty-free shop in the luggage collection hall.

Check the Islamic calendar to see if your trip overlaps with any religious dates. Some religious holidays mean that the city will be dry, meaning no alcohol is served. During the holy month of Ramadan, many of the city’s cafés and restaurants shut down completely during daylight hours when Muslims are fasting.

There is a rich and diverse Asian food scene in Dubai, largely thanks to the sizeable Indian and Pakistani communities. Ravi Restaurant – serving up delicious Pakistani chicken kadai and mutton peshawar – is an institution, and a bargain at around £10 per person.

Looking for anything special? 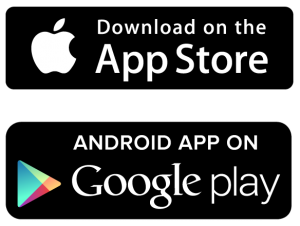